Lola Hart knew moving to London would be easier said than done … but it was the big dream and enough for her to leave everything else behind. She followed her heart.

Now, twelve months later, she is dangerously living on the verge of , eviction and humiliation. The perfect career in journalism proved to be nothing but a farce, forcing her into freelance reporting. Broke and desperate, Lola’s life quickly spirals out of control. That is, until she happens upon the greatest of opportunities.

Blake Tanner craves a quiet life … a change from his younger years spent recklessly enjoying the illustrious and opulent lifestyle of London’s elite. He has matured somewhat, but is still finding it difficult to shake the image he created.

As one of London’s most eligible bachelors and the of his family’s multi-million pound company, he is a hot topic and the entertainment industry’s most wanted.

Lola is tasked with revealing the secrets of the elusive Blake Tanner, and she cannot contain her excitement, knowing this sweet exposure could be her big break. She is determined, gutsy, and has nothing to lose ... or so she thinks.


One story could change her.

One story could ruin him. 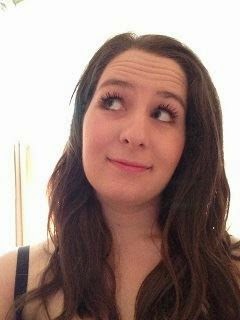 Beth Ashworth was born in Manchester in 1990, but shortly moved to the modest city of Coventry where she was raised and still resides now.

As an avid reader from a very early age, Beth has always been keen to put her words onto paper. As a child she was always found with either a book in her hand, a pen and notepad or a computer games controller.

Starting off by initially writing alternate endings to her favourite Jacqueline Wilson books from around the age of ten, Beth has continued to grow and love her passion for books.

Eventually, after many unfinished books and short stories, she finally decided to follow her passion and write books that she hopes people will love.

When she isn't reading or writing, Beth loves to spend time with her husband and friends.