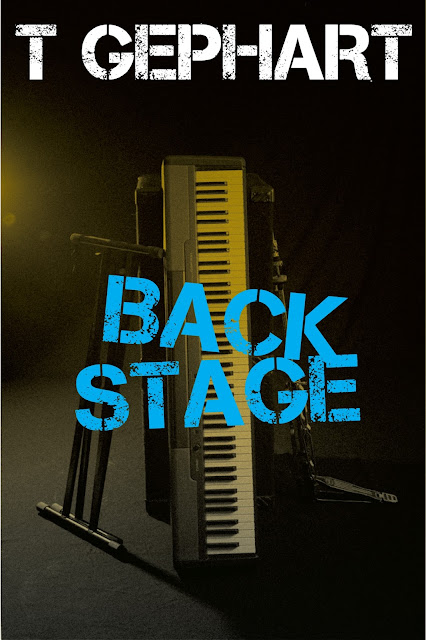 
Rock Star? Angie Morelli was not one. Growing up next to Power Station’s drummer didn’t guarantee a taste of the limelight, unless you count catcalls at low paying gigs in seedy bars and second-rate venues. She was okay with that; working her ass off at her dad’s mechanic shop during the day meant she could live her dream at night. She didn’t need Power Station waltzing back into her life, Jason Irwin had done enough damage the first time. Could she let go of her hurt for a chance of hitting the big time?

A one-night stand right before Jason Irwin left for his big break was no big deal. Except it wasn’t just any girl— it was Angie, Troy’s hot but young and inexperienced neighbor. It should never have happened, so best he pretend like it didn’t. Ten years later he remembered exactly why he went down that road. She was even hotter and she was also pissed as hell. Sounded like the perfect combination to invite on their world tour.

The road was not the place for history. It was bound to get ugly.
Book Three of the Power Station Series. 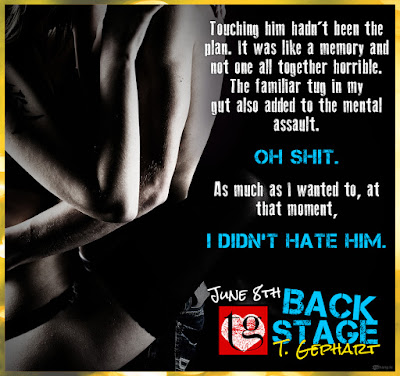 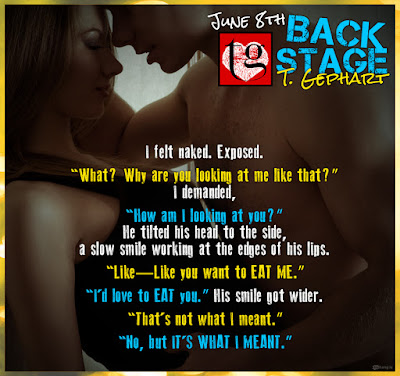 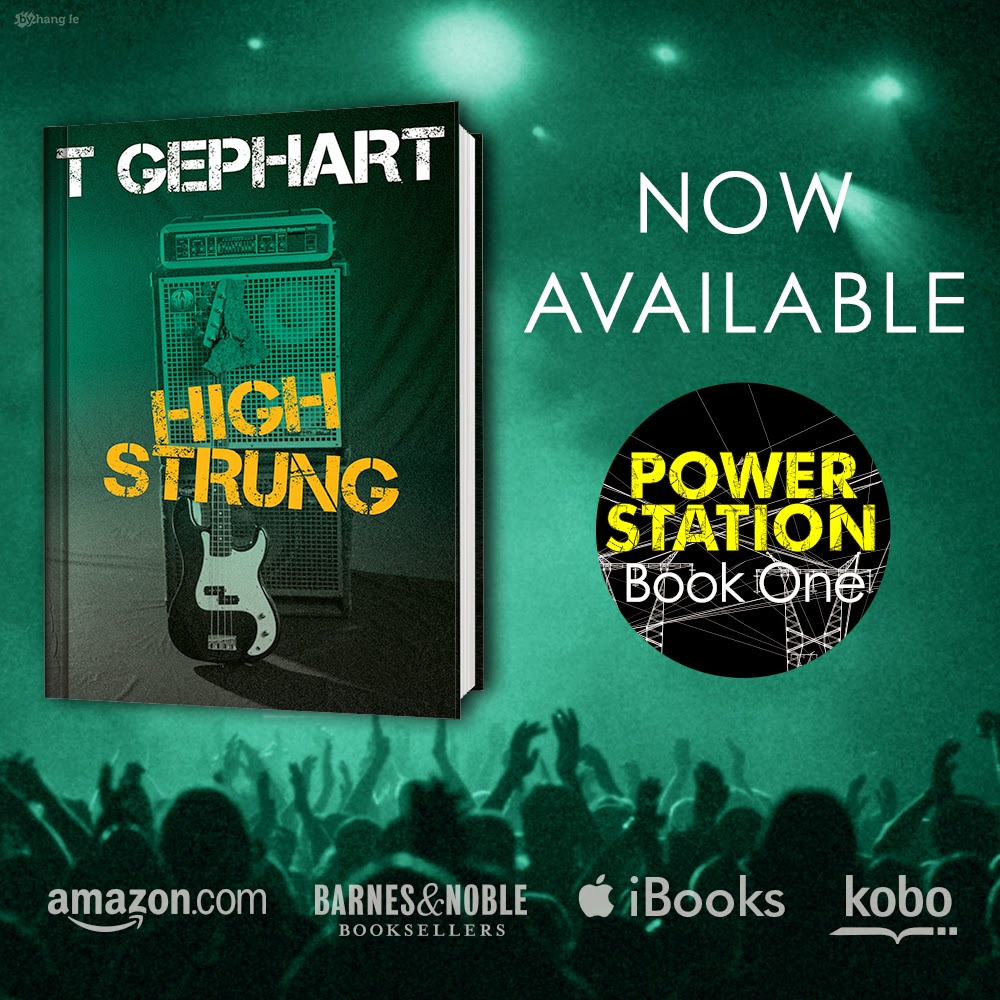 99c FOR A LIMITED TIME 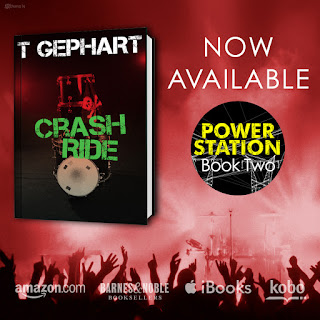 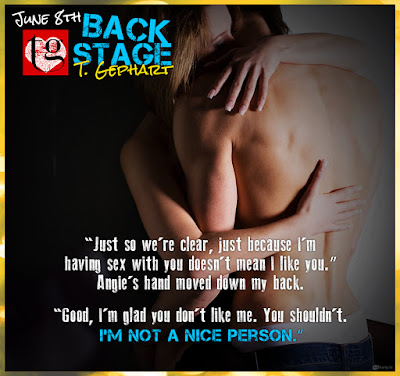 
“Hey what about Angie Morelli?” Troy rubbed his hand through his mohawk, the mess of crap he called hair.

Yep, just saying her name was enough to send a chill up my spine. It had been ten years, and still not long enough. Her long, black hair and dark-brown eyes, something that had taken a while to wipe from my mind. That body. Yeah, I still remembered every curve. So freaking sweet, too. Unfortunately it wasn’t only her attributes that I remembered, one of my biggest asshole moments was also front and center getting the trip down memory lane. So you would have to understand why I didn’t immediately start doing backflips and welcoming her. The idea was to avoid the drama, not to give it top freaking billing.

“Dude, no. No fucking way,” Dan chimed in, his words echoing exactly what was rattling around in my head.

Thank you, douchebag. An Angie reunion was bad news. There had to be someone else. Hey, was Charlie Manson out of prison yet? I mean if we were thinking up bad ideas to take on tour, we might as well put them all on the table.

“She’s still playing?” James tipped his head toward Troy, taking way more interest in the topic than I would have liked. The itch to shut the conversation down danced with the need to keep my mouth shut. Delicate act. Wasn’t sure which one was going to win. Honestly, it was going to be trouble either way.

“Sure is. Lexi is trying to sign her band, Black Addiction; saw them last week at a club in Brooklyn. She said they packed the house.” Troy threw some more weight behind the cause. The conversation continued around me, even as the mother of all headaches took up residence in my frontal lobe.

“I saw her stuff on You Tube, they’re tight.” Alex nodded, the bastard not having any idea on what he was signing us up for, and I wasn’t going to be neon-signing it for him either.

“C’mon! Angie?” Dan rolled his eyes, throwing his hands up in disgust. “Troy, did you snort some of Wade’s nose candy before he left? She doesn’t have the chops for a stadium. Besides, she hates us.”

Had to admit, this was one time where I was happy for Dan to be running his mouth. Giving him a round of applause would have been too conspicuous, so I kept it on the down low, but I was a hundred percent behind his stance. The fact it wasn’t me who was leading the anti-Angie movement was a fucking bonus.

“No, she hates you.” Troy smirked. The Dan v Angie battles common knowledge.

“No, she fucking hates Jase, too.”

The motherfucker had to go there. He couldn’t have left it with his own reasons for not wanting her around. He had to go ahead and drag me into it.

“Hate is a pretty strong word, let’s go with a strong dislike.” I eased back into the chair knowing well enough that it wasn’t going to be the last on the topic I was going to have to volunteer. Fucking Dan.

“Dan I understand, but why you, Jase?” Troy’s raised eyebrow proving he had no idea what had happened between me and his sexy, barely legal neighbor before we’d hit the big time.

At least Dan had managed to keep a lid on it for longer than I’d ever imagined; I’d always had my suspicions that he’d spilled one time or another, but seems to be those concerns were unfounded. Who knew he had it in him. In the end, the violence was still happening. I’d just make sure I didn’t punch him above the neck, keep the SOB pretty for the fans.

“Long story.” Well at least it wasn’t a total lie. “Let’s just say I’m not her favorite person and move on, shall we.” The less I said about the subject the better. Besides, it was fucking years ago. Why the hell were we dredging it all up now?
“I heard she has a voodoo doll of you.” Dan stretched out his arms, anchoring them behind his head, his grin splitting off the side of his face. “Tell me, asswipe, do you feel any stabbing pain in your cock?” 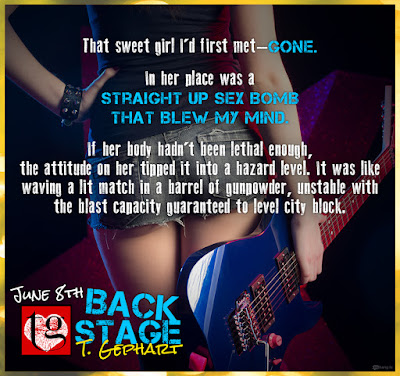 
T Gephart is an indie author from Melbourne, Australia.

T's approach to life has been somewhat unconventional. Rather than going to University, she jumped on a plane to Los Angeles, USA in search of adventure. While this first trip left her somewhat underwhelmed and largely depleted of funds it fueled her appetite for travel and life experience.

With a rather eclectic resume, which reads more like the fiction she writes than an actual employment history, T struggled to find her niche in the world.

While on a subsequent trip the United States in 1999, T met and married her husband. Their whirlwind courtship and interesting impromptu convenience store wedding set the tone for their life together, which is anything but ordinary. They have lived in Louisiana, Guam and Australia and have traveled extensively throughout the US. T has two beautiful young children and one four legged child, Woodley, the wonder dog.

An avid reader, T became increasingly frustrated by the lack of strong female characters in the books she was reading. She wanted to read about a woman she could identify with, someone strong, independent and confident and who didn't lack femininity. Out of this need, she decided to pen her first book, A Twist of Fate. T set herself the challenge to write something that was interesting, compelling and yet easy enough to read that was still enjoyable. Pulling from her own past "colorful" experiences and the amazing personalities she has surrounded herself with, she had no shortage of inspiration. With a strong slant on erotic fiction, her core characters are empowered women who don't have to sacrifice their femininity. She enjoyed the process so much that when it was over she couldn't let it go.

T loves to travel, laugh and surround herself with colorful characters. This inevitably spills into her writing and makes for an interesting journey - she is well and truly enjoying the ride!

Based on her life experiences, T has plenty of material for her books and has a wealth of ideas to keep you all enthralled. 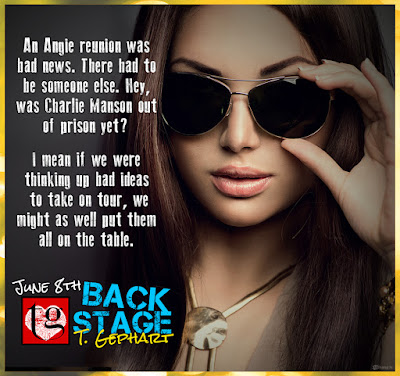 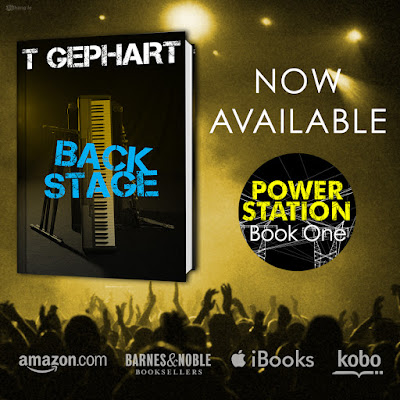