The goal doesn’t count until it crosses the line.

Captain of the Dartmouth Cobras hockey team, Dominik Mason, believes his team can make a damn good playoff run. He and his men won’t stop fighting until they win the ultimate prize. There’s no doubt when it comes to The Game.

Off the ice, there’s nothing but uncertainty. His life has been in a holding pattern and it’s time to move on. Which might be easier without the lifestyle that has lost its appeal. As much as he loved training subs, he’s tired of giving his all only to go home alone.

Tragedy once brought him closer to Sahara Dionne, the exquisite, yet fragile Ice Girl, but when her abusive-ex darkens her path once again, Dominik can’t help but wonder if his friendship might not be the best thing for her.

But she craves his touch, his dominance, and his possession. Everything he desires is finally within his reach.

All he has to do is take the shot.

The flight to New York was short, but they’d been sitting on the plane, waiting for clearance to take off for what seemed like forever. Shawn slid the window cover up to look out at the runway, counting the planes ahead of them and trying to guess how much time they had left. The pilot had announced a twenty-minute delay.

Not even bothering to ask why, Shawn slid the cover down. White always hated flying, but some flights were worse than others. And the bruising grip on Shawn’s knee made it clear that this would be a bad one. He had a few tricks to distract White—on a trip to LA, he’d actually read to the man until he passed out and slept the whole way. But that was before Tim’s death. After, the focus had changed to keeping White awake. Bruiser had nasty fucking nightmares about being crushed in a car, or a mine, or sometimes both.

Heights had always been an issue, but flying seemed to combine all his fears into a debilitating terror that had several team therapists struggling to find the right kind of therapy to get White past it. So far, they’d made little progress.

White was doing his yoga breathing thing though, so he wasn’t at panicking point yet.

They hit the runway. The plane sped up.

The grip on Shawn’s knee tightened even more.

“If I’m gonna be out with a lower-body injury, mind squeezing a bit higher, pal?” Shawn laughed, hoping White would see the humor and relax a little.

Instead, he dropped his head back and groaned. “Don’t fucking tempt me.”

“Wouldn’t dream of it. But I’ll tell you this. You’re gonna fuck me before you die.” If he let himself consider that statement, he’d get damn depressed. But it made a good joke. “Obviously, that means you’ll live a very, very long time.”

The slight slant of White’s lips was close to a smile, so Shawn sat back until they’d reached the altitude where he could put a movie on his iPod. He’d ordered the new Avengers one special because he knew White hadn’t seen it yet.

“You’d seriously let me do that?”

Movie all ready to go, Shawn sat back, arching a brow as he tried to figure out what the fuck White was talking about. “Let you do what?”

All right, did we both die? Shawn rubbed a hand over his eyes and groaned. “Don’t say shit like that to me, Bruiser. People who aren’t fucking don’t need to have conversations about it.”

White nodded slowly. He pressed the call button for the flight attendant, then ordered two whiskeys on ice. Apparently he needed both to continue the chat he wouldn’t let go.

He cleared his throat when they were alone again. “But…you’ve sucked my dick, man. And other stuff. So it’s not like we’re just two people—besides, only Sahara’s ever gotten you off.”

Fuck me. Shawn didn’t usually worry too much about being overheard, but Sahara had already flown to New York. To meet up with Mason. Shawn and she had talked, and he and Mason were cool, but the man didn’t need fucking details from White.

Thankfully, Mason was sitting at the other end of the plane with the new kid.

“I don’t really give a shit who gets me off.” Shawn let out a strained laugh that White didn’t catch. “You want to fuck me, then it’s pretty simple. Unbuckle your seat belt and go wait for me in the bathroom.”

What should have shut him up about fucking made White’s face go red. He sat there for a bit, staring at his hand, which was still on Shawn’s knee
.
Then he got up and walked down the aisle between the seats, disappearing into the bathroom.

Previous Book in the Series 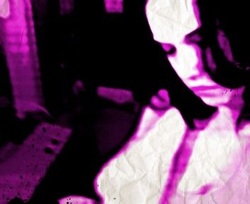 Bianca Sommerland was born and raised in Montreal, Quebec. When not reading neurotically or writing as though the fate of the world rests on her keyboard, she is either watching hockey or teaching her daughters the beauty of a classic, steel pony while reminiscing about her days in Auto Body Mechanics.

Her time is balanced with utmost care between normal family life, and the internal paranormal realm where her characters reside. For the most part, she succeeds.
Website: http://www.im-no-angel.com
Twitter: https://twitter.com/BSommerland Facebook: https://www.facebook.com/pages/Im-No-Angel-Bianca-Sommerland/201933239834387?ref=br_tf