Dating Games by T.K. Leigh
My rating: 5 of 5 stars

** Note: I received a complimentary copy from the author in exchange for an honest review. ** 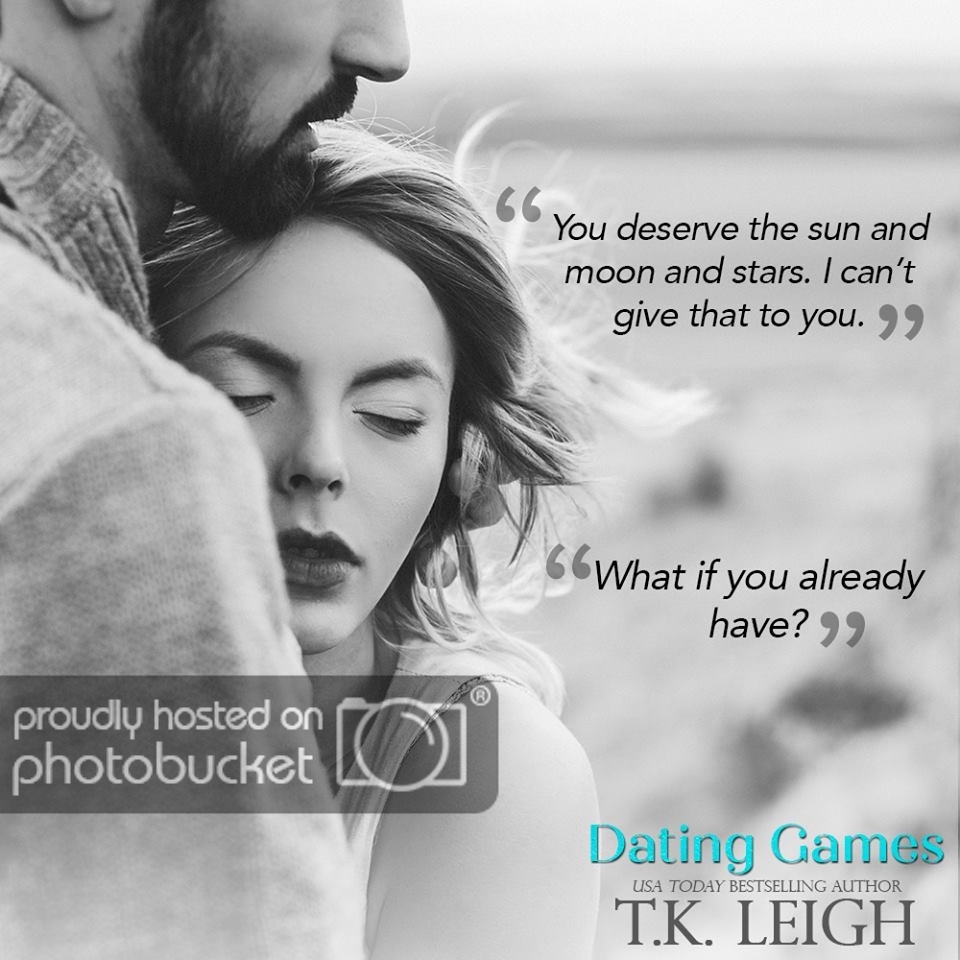 Dating Games is another Rom Com by the great T.K. Leigh. If I were to describe this book as simply as possible and in relation to movies for reference, the equation would be: Legally Blonde + (Pretty Woman – being a “Paid Worker”) + x = Dating Games. The x being the variables and storyline of the book that made it unique from either of the movies. I guessed the identity of the “mystery escort” Evie was writing about early on, although a couple of times I doubted myself. The main characters were wonderfully written and a few times I thought Evie WAS me with her behavior. The story moved at a good speed; a few times I wanted to jump in the story and shake Evie and Julian to speed their romance up. The secondary characters added the break in the Evie/Julian story that was needed. {I definitely need some of these characters as my own friends} T.K. is one of the few authors that I know I will love the story she has written without ever hearing what the book was about. This book certainly lived up to those standards.