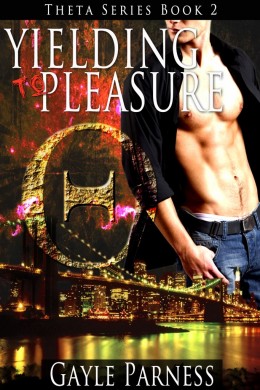 Matteo, a street theta from Brooklyn, NY has kept his neighborhood clear of supernatural criminals for the past five years. Ten years ago, demons killed his father and kidnapped his sister, Bella. Now he's sworn to find his sister and avenge his father.
Anne, an escaped troupe theta, is hiding out in Manhattan, hunted by The Director’s soldiers and barely surviving. After a brutal attack, she’s shocked to find herself in the apartment of a sexy Latino street theta determined to nurse her back to health. Somehow she has to keep her identity a secret or else both their lives will be in danger. Gene is now the leader of the rebellion against The Director’s tyranny, recruiting new thetas and struggling with the choices he's forced to make. When Matteo and Anne need his help, he does his best to convince them to become part of his team. But when a former enemy tries to form an alliance, and a trusted friend goes behind his back, his long-term plans begin to collapse. 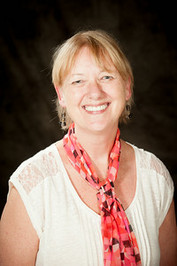 Growing up in Los Angeles contributed to Gayle's love of all things fantasy and science fiction, particularly movies, books, and live theatre. She's worked for many NYC community theatre companies over the years and has been writing Young Adult fantasy novels non-stop for the last five years. Gayle's current projects include finishing up book two in her new adult paranormal romance Theta Series: "Yielding to Pleasure." Currently available for preorder. Book One, "Playing with Passion" released on April 15th. This summer will be all about the second book in the Triad Series, and in the fall, Gayle should have some time to attack another Rogues Shifter book. She's so pleased to share her stories with so many wonderful readers. If you ever have a chance, an honest review at any of the vendors would be very much appreciated. Thanks for reading! 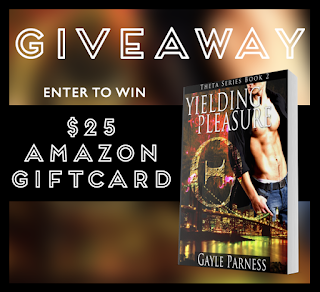 a Rafflecopter giveaway
Posted by ~ Crystal ~ at 10:30 AM