Cover Reveal + {Giveaway}: Colors of Us by Sandra Bunino

Add the book to Goodreads

Everything she knew to be true fell apart. Then fell apart again…

Michelle Willis is running from her past. What better place to hide than in the anonymity of New York City. Finding refuge in a tiny SoHo art gallery, she rebuilds her life one painting at a time.

A wrong turn sends Hunter McAvery on a crash course with disaster. He fights his own demons by following his big brother’s lead - drinking and bed-hopping his way through Manhattan.

A glance at Michelle’s self-portrait triggers emotions Hunter can’t tamp down. Driven to meet the artist, he discovers a fiery chemistry as their lives collide. But when their past threatens to tear them apart, can their love survive?

“I think pink is your color. It looks great against your dark hair.” Reaching past her shoulder, he curled a strand of her hair between his fingers and tugged gently before letting it fall onto her shoulder.
Meeting his gaze, she smiled. “Thanks.” Michelle wasn’t used to compliments. It’d been her goal to fade into the crowd and not to call attention to herself. But her self-imposed rules seemed to float away around Hunter McAvery.
Returning her smile, he continued the lesson. “After you slide your hands into the opening, you’ll wind the long strap around your fingers and wrist like this.” Holding her fingers in his hand, he wound the dangling strap around her palm and over her knuckles. “You want to protect the part of your hand that meets the bag.”
He stepped closer as he slipped the strap around the base of her thumb. When he brushed his fingertips against the sensitive area just below the fleshy part of her palm, a shiver shot up her arm and traveled to her belly. His warm breath ghosted her face as he circled the end of the strap around her wrist and secured the Velcro tab. Before she knew it, strong fingers captured her left hand and guided her arm to the warmth between their bodies. She itched to graze her fingers along his muscled chest, capturing his heat with her palm. Her gaze bounced to his neck and stubbled jaw, which clenched as he slid the other wrap over her hand. Slowly wrapping her other wrist, he secured the strap and held both of her gloved hands in his. “Make a fist,” he said huskily.
Tightening her hands into a ball, she tucked her thumb around the outside of her fingers like he showed her at the gym.
He squeezed her fists. “They look good. You’re a badass.”
Michelle snorted. “A badass in pink.”
“Let’s see what you got. Show me some upper cuts. Right here.” He tapped his abs.
“You want me to hit you?” She giggled.
“Sure. I can take it.”
Turning her palms up, she made a fist and alternated soft punches to his belly. His rock-hard belly. Each strike made her aware of how alive he made her feel. The force of impact sent ripples up his tight shirt, awakening the planes of his muscular form. She gulped back the desire to open her fists and run her fingertips along the line of each thick muscle.
His hands came to rest on her forearms, halting her movement. The pads of his thumbs stroked the sensitive skin near the inside of her elbow causing a delicious shiver up her arm. Michelle’s eyes met his. The fire brewing in his darkened gaze drew her in. Hunter stepped between her legs, nudging her back against the wall next to the mural. She closed her eyes and choked back a groan, wanting—no, needing—to grind her heat on his leg. Raising her arms above her, he pinned them against the wall on either side of her head. His scent flooded her senses as she lifted her chin to close the gap between them.
“I’m trying like hell not to kiss you.” Hunter straightened his back but didn’t loosen his grip on her arms.
Her skin prickled from the nearness of his body. She let her gaze drift to his lips. “Why?” she whispered.
He blew a slow breath between his teeth. “Nothing good would come of it. I’m not capable of giving or feeling… or offering anything much to you.” He shook his head but he didn’t move from her body.
“I don’t believe that.” Michelle wriggled her arms from his grasp. Her fingertips lingered on his corded forearms, which flexed under her touch. Easing a trail toward his shoulders, her fingers reminded her of a paintbrush’s first dab of color on a fresh canvas. She’d always believed each canvas had a personality of its own, and it was the symphony of the brush, artist, and canvas that created the work of art. She wanted to explore the blank canvas of Hunter McAvery.
She studied his arms, still caging her in. Protecting her. Wanting her. Her eyes met his gaze. He stared at her, unmoving, but a spark burned in his eyes. She held her breath, afraid to break his trance. Her palms smoothed over his shoulders and down his chest, stopping at the center of his ribs. Pushing into the muscles of his chest, she felt the strong beat of his heart on her fingers. “Kiss me, Hunter.” Raising her eyebrows, she dared to look him in the eyes, almost afraid of what she’d see.
“You don’t understand. You’re too… good.” He averted his gaze.
“Maybe you should let me decide what’s good for me.” She moved closer, his breath burned hot on her face, and he squeezed his eyes closed.
“Michelle….”
Her hands traveled up his chest and rested on the bulk of his strong shoulders. Pulling him in, her breasts molded into his chest and, finally, he crashed his lips down on hers. She met every stroke of his tongue as her fingers raked through the ends of his hair. Moaning into his mouth, she straddled his muscular thigh as warmth flooded her sex. She’d never felt more alive.
His hand grazed her cheek before taking her chin between his thumb and index finger and pulling away from their kiss. He tipped his forehead to hers, his raspy breath hot on her mouth. “Shit.”
Michelle widened her eyes. “What?” she whispered.
“You. Me. This just can’t happen. Not now. Not like this.” 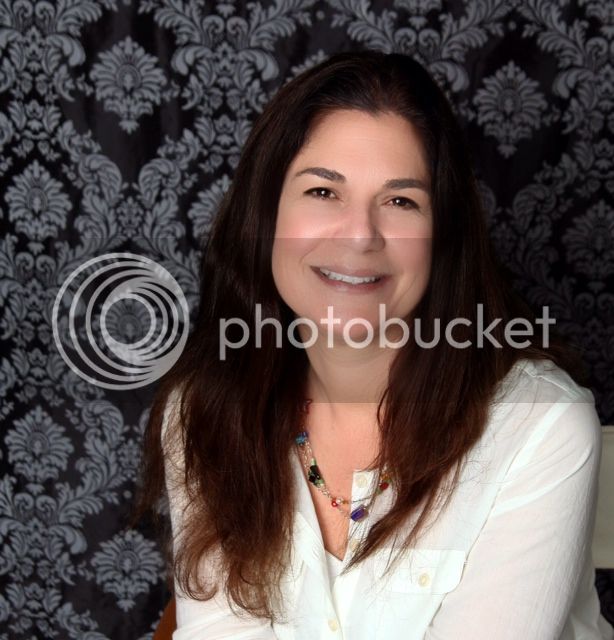 Sandra Bunino is a romance author of several novellas including The Satin Rose Experience series. Her first full length novel, Colors of Us from the McAvery's Brothers series, makes its debut during the summer of 2014. She makes her parents proud by putting her MBA degree to good use dreaming up Alpha heroes who dominate the bedroom as well as the boardroom.

When not staying up past her bedtime torturing her oh-so-sexy heroes, she can be found shopping for shoes or saving turtles.

She looks forward to hearing from her readers and she may be contacted at sbunino@gmail.com. As a social media junkie in need of a ten-step program, you can also follow her on Facebook and Twitter (@sandrabunino). Join her book group, Bunino's Bookalicious Babes, on Facebook!

Connect with the Author