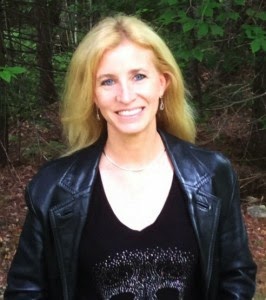 Veronica Forand is an attorney and an award-winning writer of romantic suspense.

She’s lived in Boston, London, Paris, Geneva, and Washington, DC and currently resides near Philadelphia. An avid traveler, she loves to roam across continents with her husband and kids in pursuit of skiing, scuba diving, and finding the perfect piece of chocolate.

Veronica is represented by Michelle Grajkowski of 3 Seas Literary Agency.


Veronica is always looking for members to join her street team to help actively promote her book and have some fun! If you are interested in becoming one of Veronica's Road Warriors, just PM Veronica on her Facebook Page! 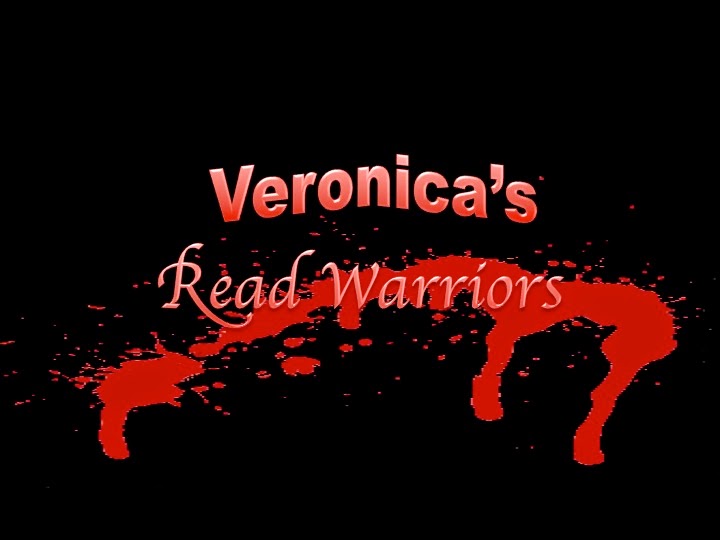 #10 -  It’s two genres in one, because romantic suspense readers require more complexity to their stories.

#9 -  Most of the heroes that get shot are healed within twenty pages.

#8 - Evil can lurk inside everyone, including the heroine.

#7 - Readers know the difference between a gun clip and a magazine and expect the writer to know this as well.

#6 - There’s no time for a sagging story middle when someone is chasing the hero and heroine.

#5 - Shoot them, punch them, stab them. It doesn't matter, because the hero and heroine always survive.

#4 - The villain is revealed in the first third of the book so you can worry more about how he’ll die than who he is.

#3 - There’s no room for romantic misunderstandings, the conflict is real and trying to kill you.

#2 - Characters who are “too stupid to live” die, leaving kick ass heroines and the hunky guys that stay with them.

...and the Number One Reason Romantic Suspense is the Best Genre to Read and to Write: 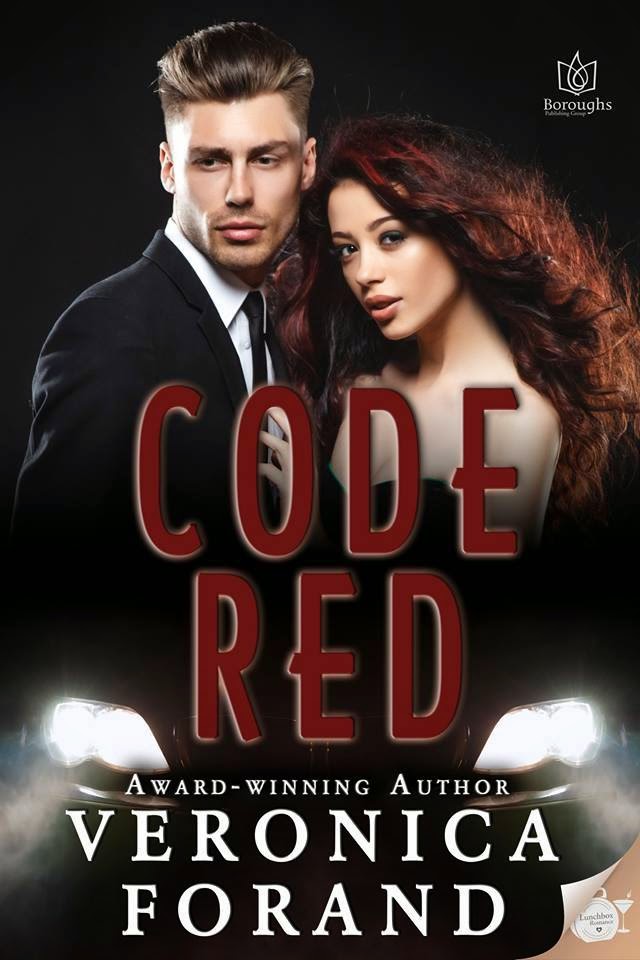 Jessica Wonder, a bank teller living in a remote area of Canada, fell in love with the wrong man and spirals into a month of poor choices to crush out the pain engulfing her heart.

Kieran Brody is in Canada to coordinate the swap of a Russian spy for a CIA officer. This is his last assignment. After years in the CIA, he craves a quieter life.

The assignment implodes when the CIA officer he’s in charge of bringing home dies. His Russian counterparts panic and seize Kieran and Jessica, who he nicknames Red for her crimson hair. Kieran sees through Red’s phony bravado and tries to protect her from the hell they've been thrust into. In the process, the fiery beauty embeds herself into his heart.

The half-filled parking lot at the pub on a Saturday night meant fewer free drinks and more time alone. Damn.

Jess sauntered up to the nearly empty bar. High heels tapping the wood floor and skintight jeans that showed every one of her curves announced her availability. “Two whiskey shots, Adam.”

The handsomest man in the place replied to her order with narrowed dark brown eyes and a frown. “Not tonight, Jess.”

“I’m a paying customer. I want my drinks.”

“You’re in pain. I understand, but drinking yourself into oblivion every weekend isn’t gonna fix a broken heart.”

“If I was a man, you’d offer me a whiskey on the house and point me in the direction of the easiest woman in the place.” Jess leaned over the bar and provided Adam with the most menacing look she had. She looked pretty darn mean if the mirror behind him was accurate, but he just smiled.

“Most everyone’s watching the fireworks in North Bay, so your chance at scoring a few drinks is limited, unless you’ve lowered your standards to include Jimmy, Joe, and Old Len over there.” He pointed to the three old men in the corner sipping their usual ginger ale tinged with a teaspoon of rum for flavor.

“They’re not the only men in this place.” Switching her expression from badass to seductress by the lift of her eyebrows, she purred. “Too bad I couldn't convince you to focus on someone other than your wife.”

He poured two shots and slid them in front of her. “No thanks. The thought of Lily pointing a gun at my balls keeps me in line.”

He had a point. His wife would kill him if he ever cheated on her. Not that he ever would. Lily was tall, blonde, and built like a World War II pinup girl. The kind of woman a man wanted around.

Jess picked up one of the shots and tossed it down her throat. The burn trailed past a heart that had long since gone cold. She’d need the second shot to increase her confidence.

A little company for the next few hours combined with the alcohol would help erase memories of the future denied her and allow her to crawl back to the apartment she’d lived in for ten long years to wait for her new life to begin. Until she could finish her teaching degree and find a job somewhere else, she’d have to be content with hovering in place. It felt like she’d been hovering her whole life. The men she met at the bar helped her escape lonely nights and provided her enough free alcohol to anesthetize her heartbreak.

Men bought drinks for women who paid enough attention to them. And Jess knew exactly how much attention to provide. She played a mean game of pool, could debate hockey stats with any man in a fifty-town radius, and allowed a certain leniency on the dance floor. She didn't offer anything else, and the men rarely complained. No expectations, no heartbreak.

A few men propositioned her for more intimate things, but never for a real date. Jess wasn't the marrying type. Robert—may he not rest in peace—had made sure to brand that into her soul through his actions and inactions.

She walked over to the jukebox and stared at the two hundred songs available. Nothing matched her current mood. Part of her wanted to become drunk and lost in a stranger’s arms, but another part of her wanted to go home. She punched in Nazareth’s “Hair of the Dog.” Several of the customers moaned as the song blasted across the room. She didn't care. The music would help block out the jerk’s memory.

She returned to the bar. A third shot sat next to the two she’d purchased. Although a sliver of her conscience begged her to ignore it, the other darker part took up the challenge.

“From one of your fans.”

The pub wasn't full, but several of the booths had men sitting in them. She discounted any table with a woman. Men were oblivious at times but generally not suicidal. Two men in dark business suits sat in a booth near the back of the restaurant. One was tall, dark, and gorgeous, and the other was older and shorter with thinning blond hair. They both looked over at her. Bingo. Maybe the good-looking one would like some company for a few hours.

Downing the second shot with a false bravado, she strutted toward the men’s table holding the third.

The older of the two assessed her approach with ice blue eyes. He grinned as she came closer.

The younger, more attractive guy didn't appear too young, maybe late thirties or early forties. He narrowed his eyes and appeared as though he was trying to deflect her arrival with a laser beam glare.

“Hi, guys,” she said, directing her voice and her gaze to the friendlier of the two. “Thanks for the drink.”

The balding blond smiled, but Mr. Grumpy shook his head. “You have the wrong table, sweetheart. Why don’t you try your luck elsewhere?”

A quick assessment of the rest of the tables revealed her mistake. The drink was from Carter Jackson. He tried to wave her over, but her stomach knotted as she recalled her night with him. His preoccupation with the color of her panties and whether he could fit into her shoes creeped her out. No, she wasn't that desperate. Better to take a chance with the new guys in town.

The blond moved his walking cane over so she could slide in next to him.

She snuggled in close, but spoke to Mr. Grumpy. “Your friend likes my company.” Too bad the cute guy wasn’t interested. His friend leaned into her and caressed her shoulder, pushier than the usual guys she hung out with. She almost shoved him away and returned to the bar, but something in the cute one’s assessing eyes held her in place.

“Max, leave the lady alone. We need to focus.” Mr. Grumpy’s voice was a low growl. A warning lit up inside Jess, but her body was sending mixed signals like the adrenaline rush one had before jumping over a cliff.

“You spend your time the way you want. I prefer spending time with the girl.” Max had a Russian accent. He pulled her even closer, and his hand slipped around her waist.

When he began to nibble her ear, Jess flinched. She tried to relax and let her inhibitions fall away, but the disgusted look of Mr. Grumpy reminded her of just how low she’d fallen in the past month. This was a bad idea. 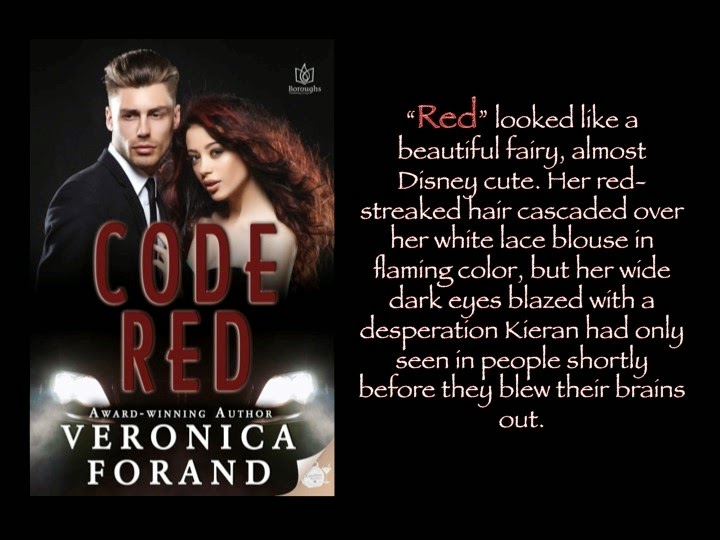 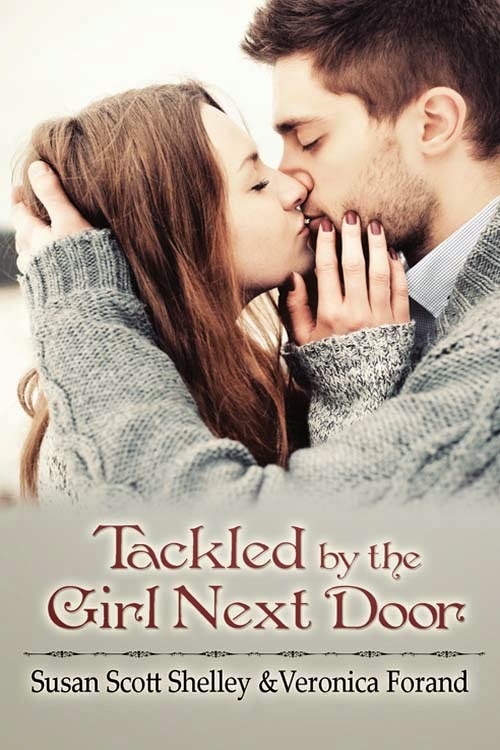 When a retired NFL player returns home to sort out his life, he finds his future in the girl next door.

Jason Black is a newly retired professional football player. Forced off the playing field due to an injury, he returns to his hometown to contemplate his future and finds solace in his relationship with his best friend, Samantha O’Brien.

Sam has spent the past five years caring for her younger brother. Home from college for Thanksgiving break, he parties hard and bullies his sister. When Jason comes to her defense, protecting her from a crowd of drunken college kids, Sam begins seeing him as more than a friend. Yet, she fears acting on their attraction could ruin the friendship she’s grown to depend upon.

Just one kiss changes everything for Jason. Sam is no longer the girl next door but the woman of his dreams. Now, he just has to convince her that his feelings are real. But when the football world comes calling again and career decisions are on the line, both sacrifice all to put the other’s needs first. They must decide whether to follow their hearts and make the catch of a lifetime.