The author of Touching Evil brings you a Conner Hoffman novella from the Leila Marx World.

Everyone has their demons.

Before Conner Hoffman began his new life free of collecting souls for his demon father, he spent centuries fighting against his true nature. As a cambion with a conscience, guilt plagued his mind, while the sweet taste of souls satisfied more than just his incubus cravings.


A chance encounter with a beautiful harpy leads Conner down a road to his inevitable fate. Hunted for his unique heritage, he’s forced to embrace his demon side in order to defeat those determined to see him destroyed. With friends masquerading as enemies, trusting his instincts may mean sacrificing part of his humanity.

And that’s the very last thing Conner Hoffman wants to do. 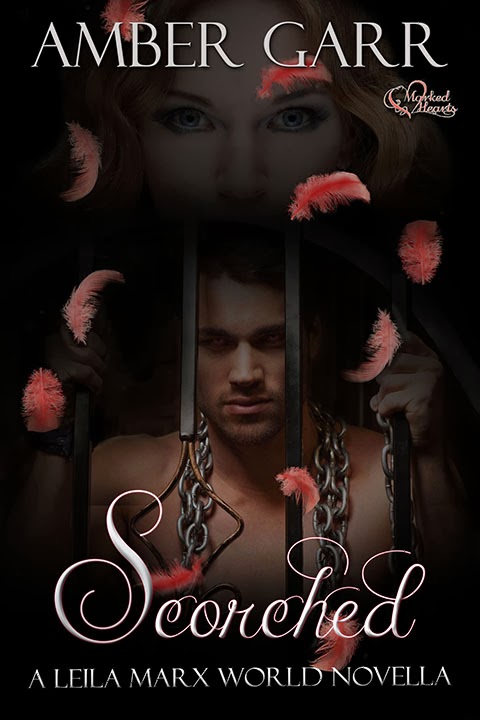 Only $0.99!
Buy now on Amazon
Buy now at Barnes & Noble
Add it on Goodreads

Another night. Another soul.

Chugging back the last of my ale, I scanned the sordid tavern for my next victim. Or maybe I should call them my prey, since I was the hunter. A taker of souls. A destroyer of innocents. For the millionth time in my long existence, I cursed my demon father.

Through my hazy stupor and incessant self-loathing, I managed to turn my head toward the woman now standing next to me. Her blazing red hair and dark black eyes locked onto my gaze with a ferocity matched only by my own. Something dangerous, yet familiar trickled off her like an electrical charge ready to ignite. Had I not had so much to drink, she would have scorched me with one look.

She leaned in close enough to rub her ample breasts against my shoulder. I couldn’t help but stare. “You might want to tone down the eyes,” she said and then winked. “You’re going to scare them away before you have a chance to pounce.”

My heart beat faster than I thought capable after crippling it with homemade ale and my dead soul. I tried to form some words, tried to say something to this woman who spoke about things she shouldn’t know.

“How long?” She asked just before lifting her knee and kicking away a potential suitor. Without missing a beat, she grabbed my clay mug off the wooden bar and slammed it into the man’s face when he came back in retaliation.  The noise in the tavern stopped for the briefest of moments before the fiddles picked up again and everyone cheered. Three men carried the foolish chap from the bar and tossed him out onto the dirt road. No one seemed to notice the remarkable woman who’d taken him down.