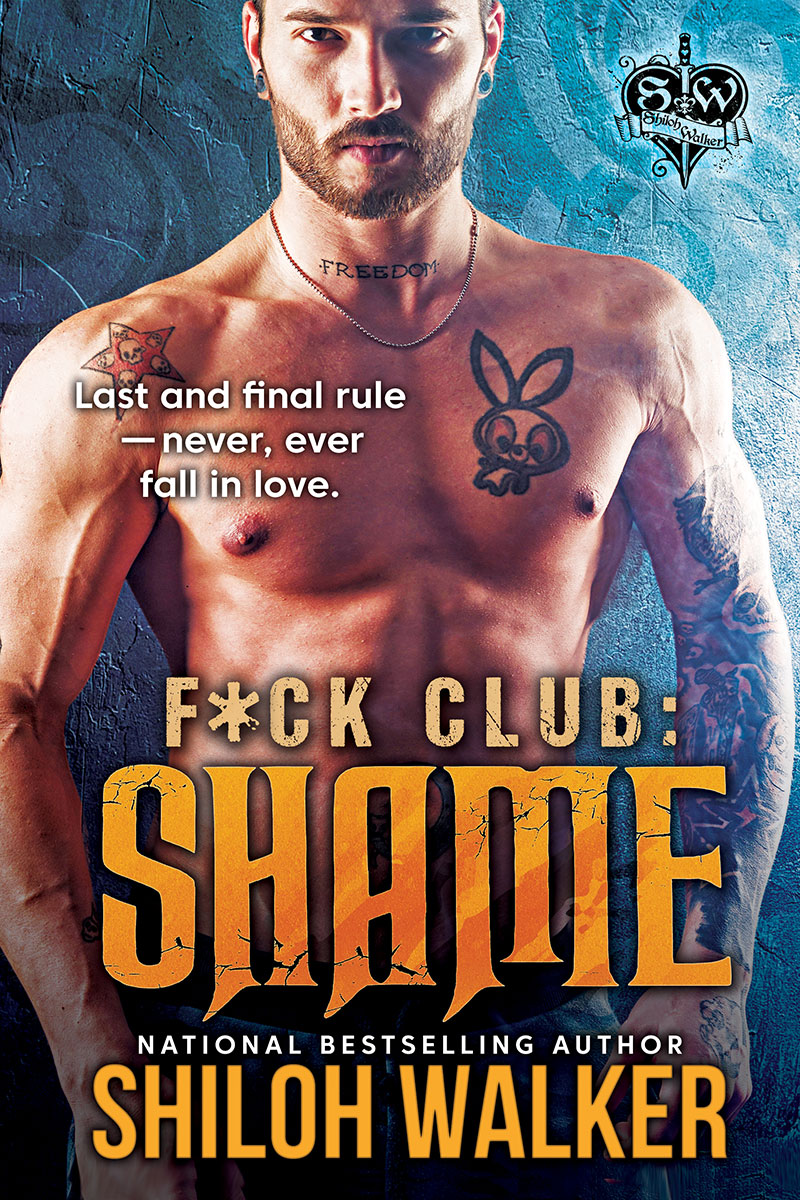 Max “Shame”’ Schaeffer knows only one way—the hard way. He lives hard, drinks hard, fights hard…and if comes to it, he figures he’ll die hard, too. The only soft thing in his life is Charli Steele, the younger sister of his two best friends. He knows she thinks she’s in love with him, but with his tarnished and messed-up past, he doesn’t see anything in him worthy of love. Dr. Charli Steele knows more about Shame than he realizes, and she has loved him since they were kids—scars and all. He loves her, too. She is sure he does. But Shame will never give in to it. Until one brief, stolen night leads to another…and another. Then Shame decides to throw it all away. Heartbroken, she retreats, intent on trying to heal from this latest rejection. But a phone call in the middle of the night changes everything. Shame is hurt, and he needs her. It turns out he needs her a lot more than he realizes. But will he let her in…before it’s too late?

Amazon I Barnes & Noble I iBooks I Kobo I Smashwords

“Let go, Charli,” he said. “Why?” “Because.” “That’s not a reason,” she said, her voice a challenge. “It’s reason enough,” he told her. “Let me go. I shouldn’t have come in here.” “But a monster might have been hiding under my bed,” she teased. There was a monster standing in front of her and she seemed blind to it. He wasn’t, though, and he needed to be stronger than this. Pulling back, he twisted his wrist, breaking contact with her face. Charli moved with him and somehow their hands ended up entwined and she closed the distance between them once more. “Why did you come inside, Max?” she asked. She was standing so close he could feel the faint disturbance in the air as she spoke. He wanted to eliminate the few scant inches between them and fist his hand in her hair, kiss her, taste her…take her. But this was Charli… When he didn’t answer, Charli swayed closer to him. He didn’t move. Even when she let her lips ghost over his, he didn’t move. But when she leaned in closer and pressed her mouth firmly to his, he did move. He caught her chin in his hand and yanked his head back, staring at her. “Don’t, Charli. I’m not one of your pretty, polished doctors with soft hands. You don’t want the kind of things I’d do to you,” he warned her. “Says who?” she asked, that challenge still in her voice.

Shiloh Walker is an award-winning writer…yes, really! She’s also a mom, a wife, a reader and she pretends to be an amateur photographer. She published her first book in 2003. Her latest suspense, The Right Kind of Trouble, released in August 2016 from St. Martins. She writes romantic suspense and contemporary romance, and urban fantasy under the name J.C. Daniels.